Scott was blessed to grow up in a home with godly parents, and to be influenced by some exciting, Bible-teaching preachers and congregations (East Tulsa Christian Church and First Christian Church of Owasso). After graduating from Owasso High School in 1981, he attended Ozark Christian College in Joplin, MO, and graduated with a Bachelor’s degree in Bible in 1985. A few weeks after graduation, Scott married his college sweetheart, Julie. After concluding a student ministry that he began as a junior at Ozark, at a church in Halltown, MO, the Fergusons raised funds and spent four years as part of a church planting team centered in Glasgow, Scotland. After a short internship on returning home from overseas, at Christ’s Church of the Valley, Phoenix Arizona, Scott and Julie spent seven years ministering in Fayetteville, AR, and since 1997 have ministered in several local churches in Oklahoma. He has been with First Christian Church of Sand Springs since November, 2011, becoming full-time in May, 2014. Scott completed a graduate degree in 2006, from Cincinnati Christian University, Cincinnati, Ohio.

This Is Not a FUN Reading If you haven't yet read

"A Just-Below-the-Surface Reading" Below, I'll jot down a few notes

"Yes, brother Elephant, I see your massive foot, and I'm

Are You the Horse Whisperer? You really can't beat the

Are You Crying?  Are We Making Progress? A few weeks 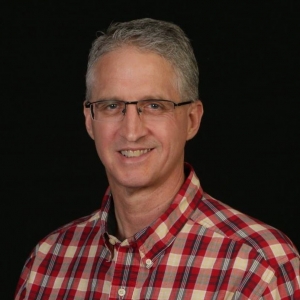